Polysegmental system of ventral fixation of the cervical and thoracic spine 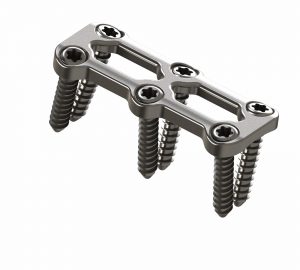 Cervical plates are intended for the anterior procedure of cervical interbody fusion in the formation of spondylodesis of the cervical spine.

The set of anterior cervical plates consists of bone plates of various shapes and sizes, screws and related tools.

The plates have three types of design, one-, two- and three-segment and 19 sizes

The plate has a special shape for a tight fit to the vertebrae, with the possibility of mechanical correction of the plate in imitation of physiological lordosis.

Fixation is provided by screws screwed into the vertebral body of the cervical spine using anterior access. There are two types of screws: angular stable screws (with the most reliable fixation of the screw head in the plate with a cone of the head) and polyaxial screws, which can be inserted and fixed at an angle to the axis of the holes of the plate.

The material of the plates and screws is titanium TiCR (ASTM F 67-00).

When used correctly, this system is designed for anterior interbody screw fixation of vertebrae from C2 to T1.

Implantation of the fixator is performed on the anterior surface of the vertebral bodies at the cervical level. Operating position of the patient on his back. Retropharyngeal access is exposed and skeletalized vertebral bodies at the required number of levels. After carrying out decompression or reclining lordosing operative reception installation of an interbody support is carried out. The size of a plate (1/2 – 2/3 of height of a body of the top and bottom level of stabilization) is chosen.  The form of bending of a cervical plate taking into account an optimum angle of a lordosis by means of tools for bending is modeled. The plate is placed on the anterior cortical surfaces of the vertebral bodies and pressed by the plate holder. In the optimal middle position in the hole of the plate is a guide – a trocar for drilling (with variable or fixed angle). A channel is formed for inserting the screw sequentially with an awl, drill and tap. The length of the screw is selected (from 2/3 to 3/4 of the length of the vertebral body). By means of the screw-driver on the deformed channel the screw is entered into a body of a vertebra, consistently in all apertures opposite to bodies of vertebrae. Then the final tightening of the screws is performed, while the screw thread is blocked in the corresponding thread of the plate, preventing the migration of the plate in the near and distant periods. X-ray control of correctness of installation of a clamp is carried out.

Then perform general actions for the management and care of wounds similar to the above. 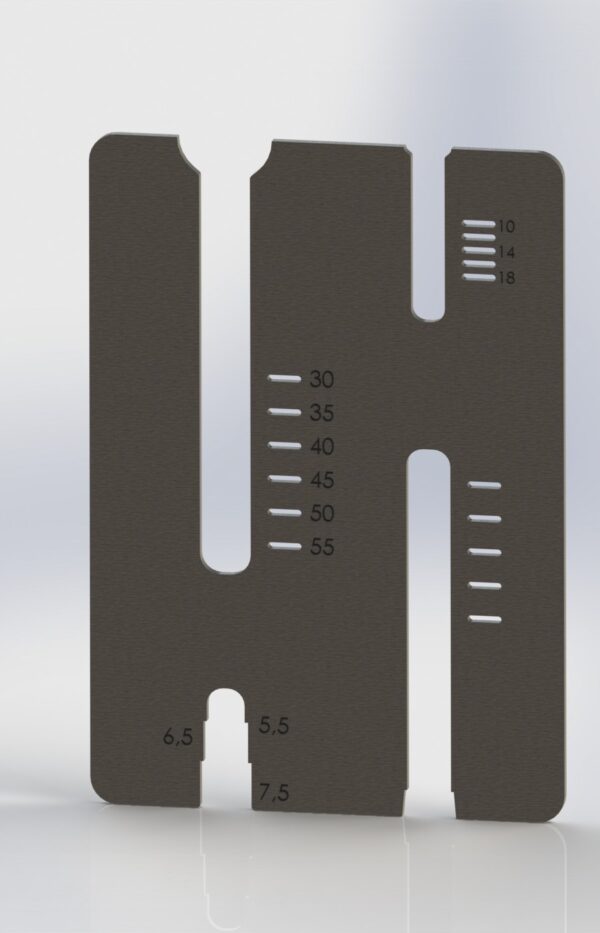 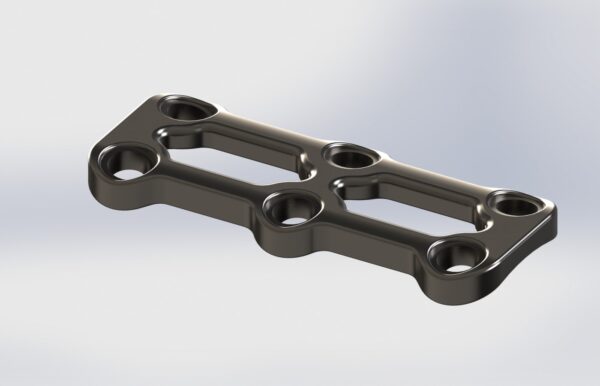 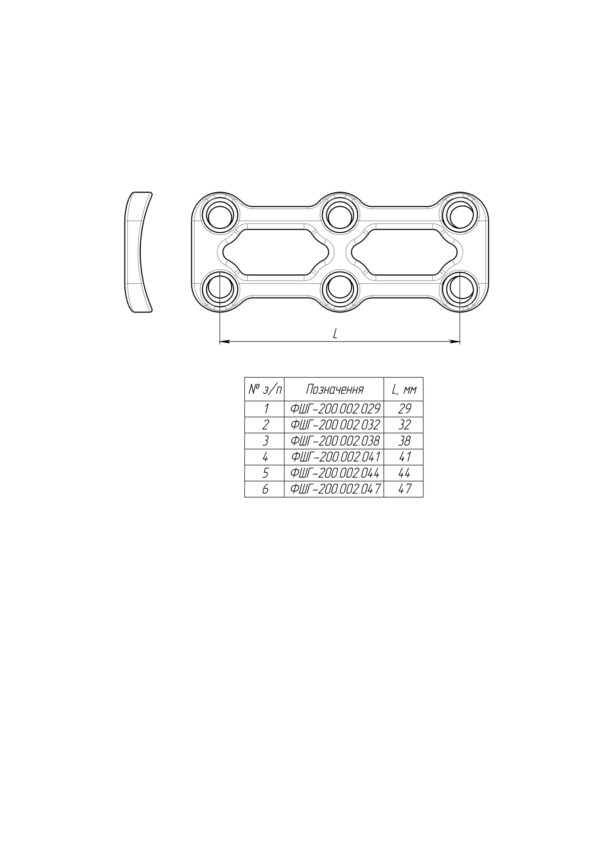 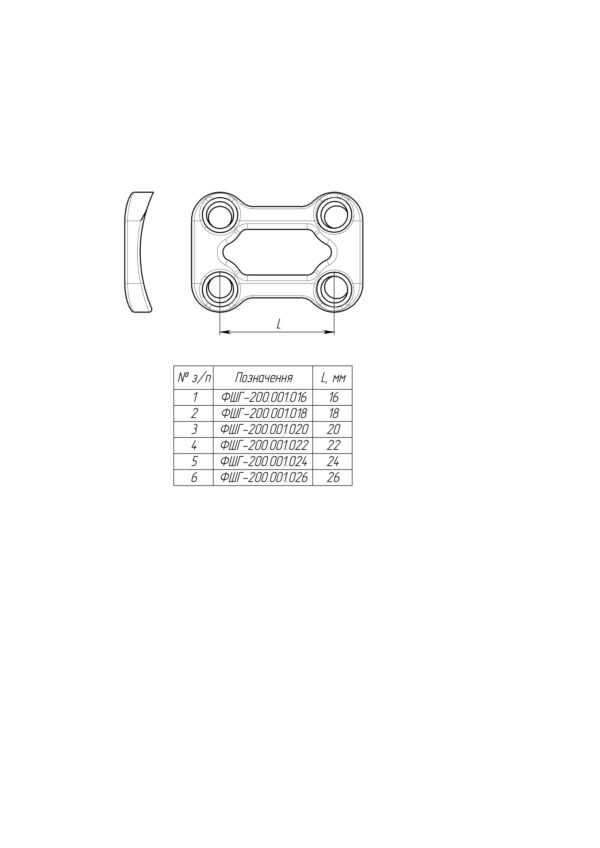 Connective plate for fixing one segment 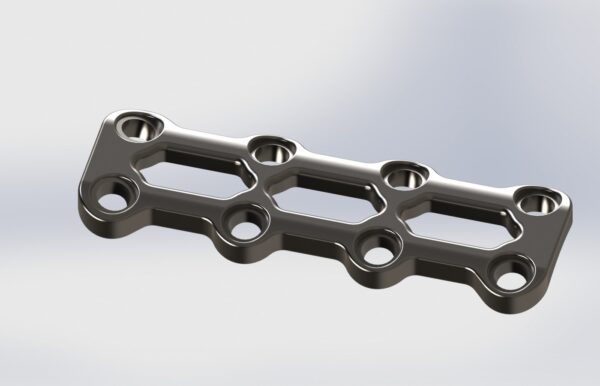 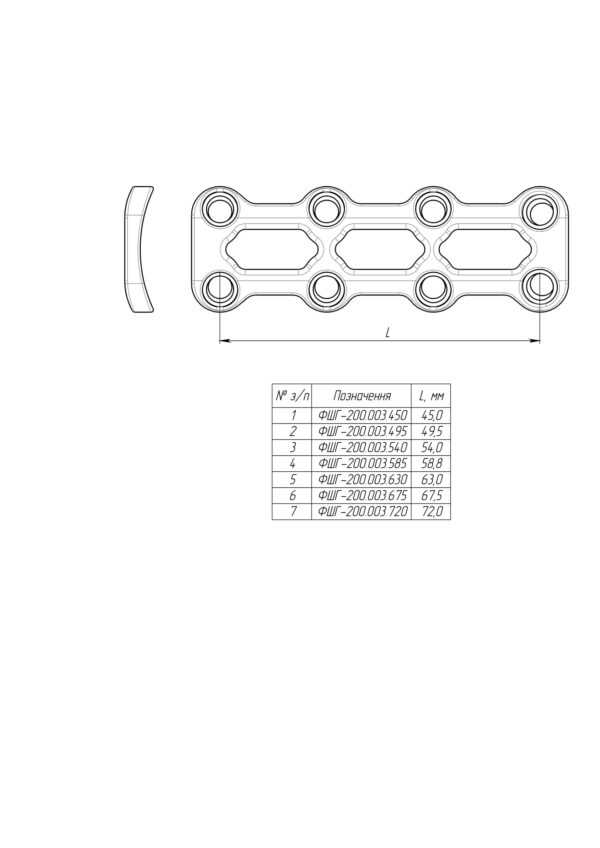 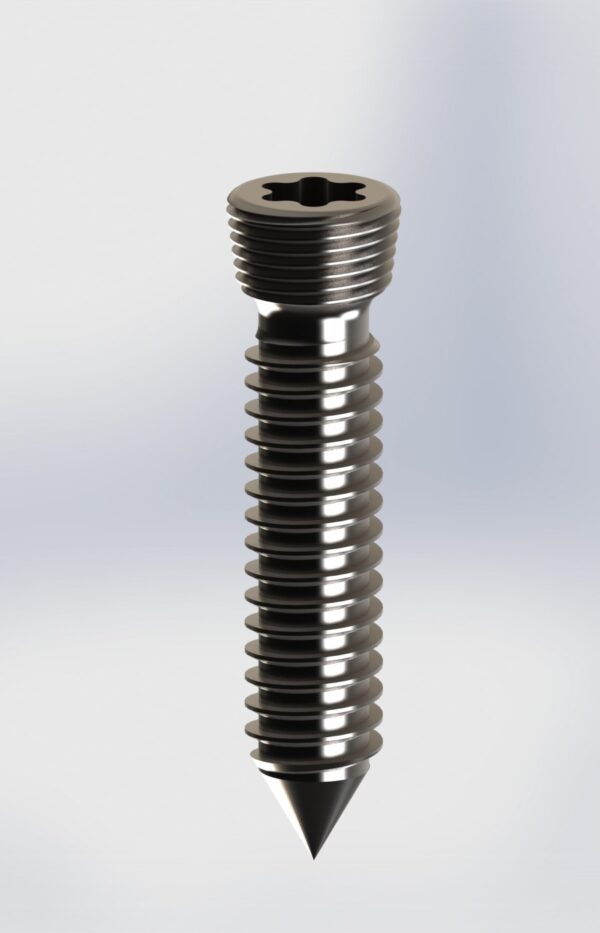